What a horror! Chief Vitalstatistix has learned that Caesar has called the Belgian tribes, and not the Gauls, the bravest he knows. Along with Asterix and Obelix, the chief goes to confront the Belgians—who, to his surprise, turn out to be very like the people in his own hometown. 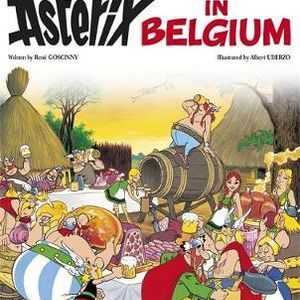