View cart “Museum of Contemporary Art: Vision and Context” has been added to your cart.

With his in-your-face style and intellectual background, Gordon Bennett has become one of Australia¿s leading contemporary artists. He has garnered international critical acclaim for the complex ways in which his work engages with historical and contemporary issues of cultural and personal identity ¿ with a focus on the interaction between Australia¿s indigenous, colonial, and postcolonial identities. This visually stimulating volume presents a thorough analysis of Bennett¿s practices and complex body of work to date, as well as a never before published intimate and revealing conversation between the artist and his long term associate Bill Wright. pp. 135 colour plates #0717X/0320 Gordon Bennett (10 August 1955 – 3 June 2014) was an Australian artist of Aboriginal and Anglo-Celtic descent. Born in Monto, Queensland, Bennett was a significant figure in contemporary Indigenous Australian art. 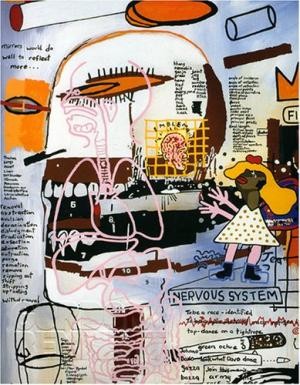