False Flags tells the epic story of German raider voyages during the early years of World War II. In 1940 the raiders Orion, Komet, Pinguin and Kormoran left Germany and waged a ‘pirate war’ across the Atlantic, Pacific and Indian oceans as well as the Arctic and Antarctic – part of Germany’s strategy to attack the British Empire’s maritime trade.

Includes Kormoran vs Sydney off the coast of Western Australia. 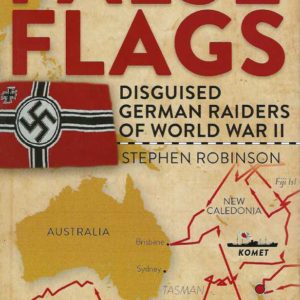