The J, K and N class was a class of 24 destroyers of the Royal Navy launched in 1938. They were a return to a smaller vessel, with a heavier torpedo armament, after the Tribal class that emphasised guns over torpedoes. The ships were built in three flotillas or groups, each consisting of eight ships with names beginning with J” 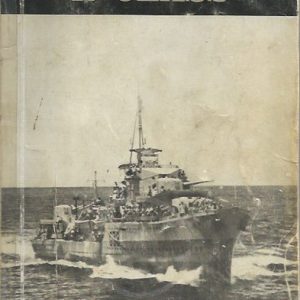