View cart “GALLIPOLI” has been added to your cart.

On 12 February 1942, Singapore was days away from its fall to the Japanese. Hundreds of desperate people scrambled to the docks to flee, among them 65 Australian Army nurses who boarded a coastal freighter, the Vyner Brooke. It was a doomed voyage – Japanese bombers attacked and sank the vessel. Some who survived the shipwreck washed up on Radji Beach, only to be executed by a Japanese patrol. Of these 22 nurses, only Vivian Bullwinkel survived the shootings. She went on to endure three and a half years of internment, starvation and disease with other survivors of the shipwreck. Meticulously researched, On Radji Beach is a moving account of the fate of every nurse who boarded the Vyner Brooke that day. First Edition pp.360 #150915/0516R/0817R/0320 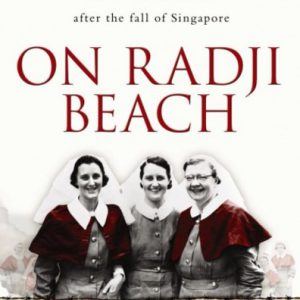