Prisoners of War by Denny Neave and Craig Smith, details the lives of the men and women who found themselves on the wrong side of the wire. This collection of heartfelt stories and anecdotes from Australian POWs will take you on their very personal journeys. Surviving as a prisoner of war required as much strength of character as any hard fought battle. Some lived to tell their tales about extreme suffering, mateship and hardship and many would carry with them forever the memories of those who died. Almost 35,000 Australian service personnel were taken prisoner during the Boer War, World War 1, World War 2 and the Korean War. As POWs are relatively few in number, their stories often take a back seat when it comes to tales about battles and conflict situations. Like most soldiers, former prisoners do not like reliving the horrors of war and their time in captivity. This is a collection of the stories of our Australian POWs. Interviews, questionnaires, written records, images and letters provide an insight into captivity and the joy and fears that came with their release. These vivid and compelling stories highlight the contradictions of war: the compassion and generosity on the one hand and the cruelty, hate and indifference on the other. pp. 308 illusts #1119 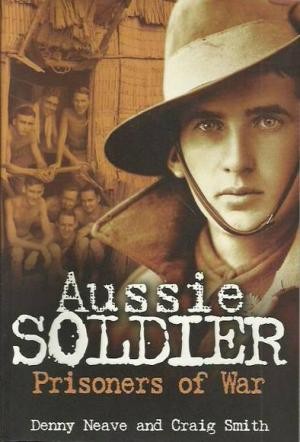