Van Raalte was born in Lambeth, London in 1881 to a Dutch father, Joel van Raalte, a cigar merchant, and an English mother, Frances Elizabeth nee Cable.[1] He was educated at the City of London School, the Royal Academy and later in Belgium and the Netherlands. In 1901 he was elected an associate of the Royal Society of Painter-Etchers and Engravers, and in the same year had a picture hung at the Royal Academy exhibition. In 1902 there were full-page reproductions of an etching, and a dry-point by van Raalte in Modern Etching and Engraving, published by the Studio at London, highly competent and assured pieces of work, though he was then aged only 21.[2][3]

In 1910 he went to Western Australia and founded a school of art at Perth. He did many etchings and aquatints, often taking gum trees for his subjects, but it was some time before his work became known in the eastern states. He had an exhibition of his work at Perth in 1919 which was followed by another at Adelaide. In 1921 he was appointed curator of the art department at Adelaide, and in 1922 his title was changed to curator of the Art Gallery of South Australia. He resigned in January 1926 after interference by Sir William Sowden, president of the Gallery’s board, in the hanging of what Van Raalte considered “bad art”. He established a studio at Second Valley, South Australia, and lived there for the last three years of his life. 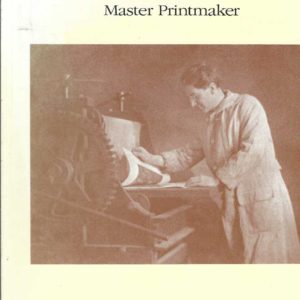