First Edition. Limited edition of 2000 copies. 101 p. : chiefly ill. (1 col.) ; 18 x 24 cm. #0921 (Pencil gift inscription on fep.)
Pericles, Leon, 1949-. | Australian etchings. Pericles, Leon, 1949-. Illustrations. | Etching — 20th century.
Born in Western Australia in 1949 of Greek and Anglo-lrish ancestry, Leon spent his formative years in the outback town of Meekatharra where his father was a hotel licensee. His interest in art began early.
At Hale School, art teacher Robert Juniper undoubtedly influenced his decision to pursue art studies. These culminated in postgraduate studies in the U.K. From an early age he won awards, quickly establishing skills and interests in a diversity of media such as painting, printmaking, sculpture, design and kitemaking.

His great love for the outback of Australia shows clearly in his work and his imaginary town of Widjimorphup features prominently. As one noted critic has said. “The spirit of Widji emerges throughout Pericles’ work and using the myths of Widji he distils the essence of the Australian bush, all imbued with the whimsy and enchantment which are his trademark.”

The inhabitants of Widji (along with hundreds of public participants) have joined in major satirical performance exhibitions. In Perth and London in 1983 a Royal East Widji Art Society exhibition celebrated an historic art find under the Wid ji Town Hall.

During the 1987 America’s Cup in Fremantle an exhibition was held to celebrate the “Royal Lake Widji Yacht Club’s” challenge for the Cup. It featured the innovative bush-built, corrugated iron 12 metre yacht “Kiss of the Shag”.

In 1995 he undertook perhaps the largest Australian touring exibition by a single artist with his “Tiggy Puggenheim Collection”. This satirical exhibition based loosely around the famous art patron Peggy Guggenheim, highlighted much of the hype and pretense associated with blockbuster traveling art exhibitions. It was exhibited at 20 venues throughout Australia over a 9 month period .

In 1989 the Western Australian State Art Gallery curated a retrospective exhibition of his prints entitled ’20 years of Printmaking”. In 1996 a 25 minute documentary video of the artist and his work was produced. 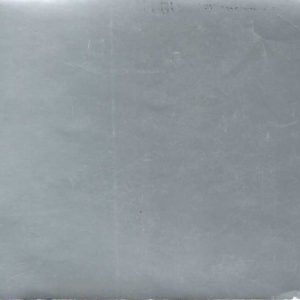