View cart “Daughter of the Territory” has been added to your cart.

Two of the most successful British novelists of the last fifty years, Kingsley and Martin Amis are both known for their savage wit and their indifference to causing controversy.

In his critical biography, Neil Powell looks at the careers of these two very divisive, and hugely talented writers: how they were formed by their upbringings, developed as writers and in turn how they affected literature, and each other. He examines how success (which is the title of one of Martin Amis’s novels) affected their relationship, and themselves as writers (Kingsley: Martin’s spending a year abroad for tax purposes. 29, he is. Little shit.”). Through this we see what it has meant to be a man 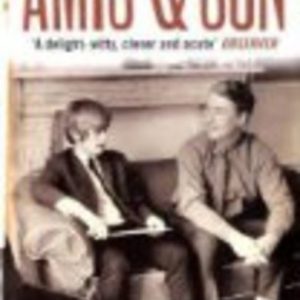