Home › Shop › BOATS & MARITIME SHIPWRECKS YACHTING › REDBILL: From Pearls to Peace : the Life and Times of a Remarkable Lugger

REDBILL: From Pearls to Peace : the Life and Times of a Remarkable Lugger

There were once hundreds of ketches like Redbill fishing for pearlshell in the waters of the old northwest Australia, but few had her gift for survival or friendship. Built in 1903, Redbill sailed, pearling through the great days of Broome and the hard years of the Depression. When war came to the Pacific, Redbill was there as the first bombs fell on Darwin. When her pearling years ended, Redbill took on new lives and new masters. In Papua she hunted crocodiles in giant swamps, carried cargo for missionaries and lived with ex-headhunters as they rebuilt their lost artistic past. Redbill continued her adventurous life as Redbill of Greenpeace, sailing the Pacific to defy the might of French nuclear testing. She supported the refugees of East Timor, helped troubled teenagers through the rough waters of Bass Strait and found the way home for a young Aboriginal man. It was cyclone Rosita’s destructive force that eventually ended the lugger’s extraordinary life. 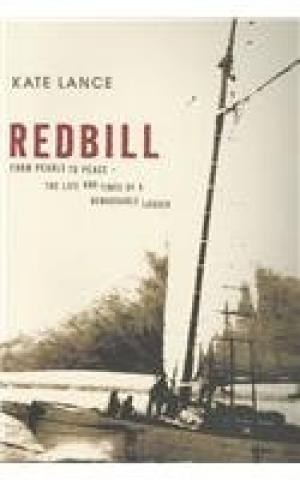 REDBILL: From Pearls to Peace : the Life and Times of a Remarkable Lugger