Signed by Author (inscription) and Doreen Callaghan. First Edition.
Robert Allan Callaghan (1903–1993), agricultural scientist and public servant, was born on 24 November 1903 at Perthville, New South Wales. In May 1949 Callaghan was appointed director of agriculture, in charge of the South Australian Department of Agriculture. In October 1965 Callaghan was appointed chairman of the Australian Wheat Board. As chairman, he used his industry knowledge, personal contacts, and diplomatic skills, to achieve significantly increased sales of grain at a time of world surpluses. He also negotiated a change in how wheat was classified, which gave growers a fair price and assisted in the establishment of markets for special grades of grain. A competent scientist, respected manager, and gifted diplomat, he understood the need for both decisive action and masterful inaction to achieve his aims. After retiring in 1971 he was in demand as a consultant. He conducted an examination of the wheat industry’s stabilisation arrangements (1972) and reviewed the functions of the South Australian Department of Agriculture (1973). Agriculture.
xvi, 145 p., [12] p. of plates : ill., ports. ; 25 cm. #0821 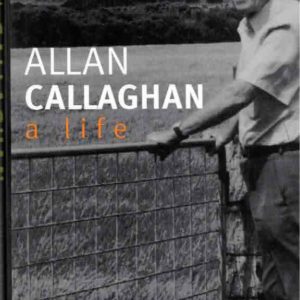