Aunt Peggy : A woman of the 20th century : South America, England, Sydney, Kojonup and Busselton, and many places in between

Margaret Forbes Webb was born in 1910 and died 90 years later. She was born in the wilds of Mexico to Australian parents and lived in Uruguay, England, Sydney, New England, Perth, Kojonup and Busselton. She travelled widely and was involved in many events of her century; the Mexican Revolution, the First World War, the great depression, the Second World War. She chronicled the ebbs and flows of farming life from 1939 to 1970 in the Great Southern of Western Australia and how small communities can survive and thrive. A much loved and wise woman, she represents the sound common sense and industry that represents the best of the Australian way of life. A real Aunt to many nieces and nephews and a de facto aunt to countless others. This is her own story.
433 pages : illustrations, portraits ; 23 cm #190422 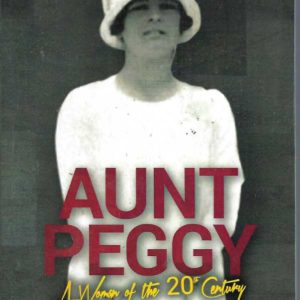 Aunt Peggy : A woman of the 20th century : South America, England, Sydney, Kojonup and Busselton, and many places in between