On the Mountain (Limited numbered edition.)

Peter Dombrovskis Peter Dombrovskis (2 March 1945 – 28 March 1996) was an Australian photographer, known for his Tasmanian scenes. In 2003 he was posthumously inducted into the International Photography Hall of Fame, the first Australian photographer to reach this milestone. His most famous photograph was Morning Mist, Rock Island Bend, Franklin River, which some commentators believe played a part in the victory for Bob Hawke in the 1983 federal election. The photograph portrayed a section of the Franklin River which was to be submerged by the proposed Franklin Dam and spearheaded the visual appeal of the Franklin River in the contentious ‘No Dams’ campaign of 1982.

Richard Flanagan is an Australian writer, who has also worked as a film director and screenwriter. He won the 2014 Man Booker Prize for his novel The Narrow Road to the Deep North. Flanagan was described by the Washington Post as “one of our greatest living novelists”. 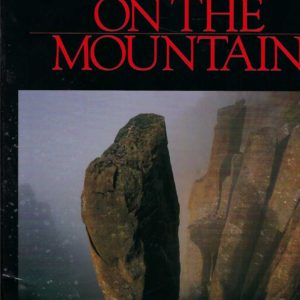 On the Mountain (Limited numbered edition.)