“The real story behind the disappearance of Peter Falconio by Australia’s bestselling true-crime expert”. When British tourist Peter Falconio disappeared in the centre of Australia on July 14, 2001, it made front page news around the world. A man had driven past his car, telling him there were sparks coming from the back of his van. Peter Falconio got out of the car to inspect. It was the last time his girlfriend Joanne Lees saw him. Remaining in the car, she heard a gunshot and was attacked and thrown into a ute. She managed to escape the gunman although he had gagged her and bound her hands. Just what happened to Falconio ignited a massive media blitz and police hunt. While the media immediately chased interviews with Joanne Lees and attacked her for refusing to admit to the media that she was innocent (or talk publicly at all), Northern Territory police were convinced she was innocent. 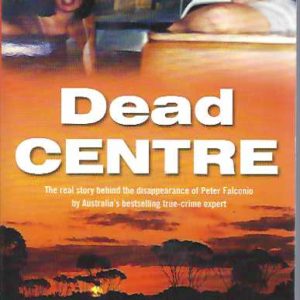