Fighting Fourth, The: A Pictorial Record of the Second Tour in South Vietnam by 4 RAR/NZ (ANZAC) Battalion, 1971-1972

SUPERIOR FINE COPY “Tells only part of the exacting operational tour of duty of 4 RAR/NZ (ANZAC) Battalion. That part which it does tell is, mainly, of the way in which the unit lived throughout its fore-shortened tour of duty…”

The battalion began its first tour of Vietnam on 1 June 1968, relieving 2 RAR. Based at Nui Dat, in Phuoc Tuy Province it was joined by Victor and Whisky companies from the Royal New Zealand Infantry Regiment (RNZIR) on 2 June, and was formally renamed 4 RAR/NZ (ANZAC) Battalion with an Australian Commander and New Zealander 2IC. From 23 June the battalion took part in Operation Toan Thang II on the Biên Hòa-Long Binh border, before conducting patrols through Phuoc Tuy. It was subsequently conducting patrols, ambushes, and searches along the Long Khanh-Bien Hoa border from 15 September in an attempt to disrupt Viet Cong activity and deny them access to supplies as part of Operation Hawkesbury. 4 RAR/NZ returned to Nui Dat on 24 September. 4 RAR/NZ returned to the Long Khánh-Biên Hòa border as part of Operation Goodwood on 27 December, in response to increased in Viet Cong activity that suggested an offensive was being planned. The battalion was given a brief respite at Nui Dat from 13 January to 7 February, before taking part in Operation Federal in Biên Hòa Province. Operation Overlander commenced in Biên Hòa Province on 8 April, before the battalion again returned to Phuoc Tuy on 17 April. It was subsequently replaced by 6RAR on 1 May and departed for Australia on 19 May. Total casualties during the deployment included 15 Australians killed and 97 wounded, with 5 New Zealanders killed and 37 wounded.[3]

4 RAR subsequently underwent a period of further training in Australia, and subsequently returned to Vietnam for its second tour in May 1971, again relieving 2 RAR. The New Zealanders from Victor Company RNZIR were again integrated into the battalion with the battalion being redesignated 4 RAR/NZ (ANZAC).[6] Continuing the pacification program that 1 ATF had adopted in Phuoc Tuy in April 1969, 4 RAR/NZ engaged in operations designed at seeking out and destroying the Viet Cong in their base areas, preventing their access to the civilian population, and in helping to create a security for the South Vietnamese. However, with the Australian commitment to Vietnam reducing, intelligence reports had indicated the presence of North Vietnamese Army (NVA) troops in northern Phuoc Tuy, and the final battles fought by Australians in Vietnam began following the launch of Operation Ivanhoe (18 September – 2 October 1971). The battalion became involved in intense fighting and although it sustained heavy casualties during these engagements, it successfully hindered Viet Cong attempts to move south. Its final involvement came during the Battle of Nui Le on 21 September 1971.[7] The battalion’s tour was cut short by the Australian withdrawal, however, and it ultimately completed only eight months of its designated twelve-month tour. The last Australian battalion to leave Vietnam, the majority of 4 RAR/NZ withdrew from Nui Dat to Vũng Tàu on 7 November 1971, before departing for Australia on 8 December. Victor Company, RNZIR departed the following day, on 9 December. Casualties included 8 Australians killed and 41 wounded, with 1 New Zealander killed and 5 wounded.[3][8] ‘D’ Company, 4 RAR, remained behind until 12 March 1972 in order to provide security to rear details.[9] 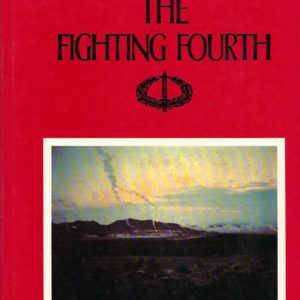 Fighting Fourth, The: A Pictorial Record of the Second Tour in South Vietnam by 4 RAR/NZ (ANZAC) Battalion, 1971-1972