If Everyone Cared: Autobiography of Margaret Tucker, M.B.E.

Almost every major discussion paper on the Stolen Generations con­tains a quotation from the autobiography of Margaret Tucker, If Eve­ryone Cared. Published in 1977, it permeated the documentary film Lousy Little Sixpence broadcast on SBS television in 1983. The success of the documentary led to the book being reprinted three times in 1983 and 1984. It was subsequently set as a textbook for high schools in several states, which guaranteed its sales for many years. Over the past three decades, extracts from the book’s most famous passage about Tucker’s removal from Moonahcullah Aboriginal Station in south-western New South Wales have been quoted at length in works by Peter Read, Richard Chisholm, Robert Manne and, of course, the Bringing Them Home report. Tony Barta quoted from the passage to introduce his account of Kevin Rudd’s 2008 apology and how Rudd avoided the issue of genocide. Richard Broome paraph­rased the incident and repeated, uncritically, Tucker’s claims about her brutal treatment at the hands of her first employer, ‘possibly a sadist’

In the 1930s Tucker began campaigning for Indigenous rights with William Cooper, Bill Onus and Douglas Nicholls and in 1932 was one of the founding members of the Australian Aborigines’ League. During this time she married and gave birth to a daughter, Mollie. At first influenced by the Communist Party of Australia, she gravitated later towards the conservative Moral Re-Armament movement. This deepened with an eight-month stay at Mackinac Island. In the 1960s she founded the United Council of Aboriginal and Islander Women and in 1964 was the first Indigenous appointee to the Victorian Aborigines Welfare Board. Aboriginal studies. 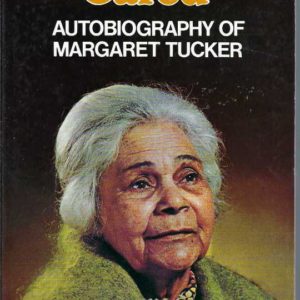 If Everyone Cared: Autobiography of Margaret Tucker, M.B.E.