Home › Shop › LITERARY BIOGRAPHY › Anything But Ordinary: The Nine Lives of Cécile

Anything But Ordinary: The Nine Lives of Cécile

Cecile, born in 1911 of mixed European heritage, grew up in London in a flamboyant artistic household. At sixteen she began working for Women Decorators (originating from the Women’s Rights Movement). At 20 she married a much older Professor of Philosophy and mixed with the likes of Bertrand Russell, Aldous Huxley and Margaret Mead. Cecile and her husband lived on a canal boat on England’s waterways for eight years. When her husband died, Cecile became a pioneer in Occupational Therapy and eventually moved to Australia to teach the profession. She retired from work at 58 and metamorphised into one of the world’s oldest hippies, travelling the world and living in a Landrover for over twenty years! Biography pp. 319 illusts #1218/0620 First Edition 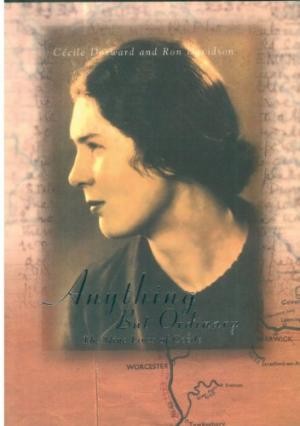 Anything But Ordinary: The Nine Lives of Cécile