Assault by Media: The True Story Behind the Headlines

In 2017, an unidentified woman accused respected Australian actor John Jarratt of an historic rape, which allegedly happened over 40 years ago. John Jarratt maintained his innocence of this assault from the start, but the allegation and the publicity surrounding it was enough to cost Jarratt his career and his livelihood. The female bringing the accusation walked out of court without this costing her a cent. And she still has a suppression order protecting her identity. Told from a place of candid honesty, with an underlying tone of frustration, anger and hurt, Assault by Media is John Jarratt’s call to action; his ‘Enough is enough’, and his fight for justice after a wrongful, historical accusation of rape. Jarratt, cult icon and one of Australia’s best-loved screen actors, grew up in rural New South Wales and Queensland. This is his story. After graduating from NIDA, John Jarratt launched a career that took him to the peaks of the film industry, from a featured role as Albert in Picnic at Hanging Rock to his career- defining embodiment of Ned Kelly. For years he was a laconic TV home improvement co-host, before reviving his film career with a nightmare-inducing performance as Mick Taylor in Wolf Creek. Today, John is married to Rosa Miano, his ‘first and fourth wife’ who is, by his own public admission, the love of his life. #1120 TRUE CRIME New. ISBN 10: 0648650812 ISBN 13: 9780648650812 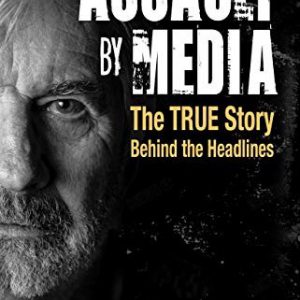 Assault by Media: The True Story Behind the Headlines