Court in the Middle : A True Story of Cocaine, Police, Corruption and Prison

256 p. ; 21 cm. #0821 Fraser, Andrew. | Lawyers — Australia — Biography. | Drug addicts — Australia — Biography. | Prisoners — Australia — Biography. | Police corruption — Australia — Anecdotes.
First Edition. The author, one of Australia’s high-profile criminal lawyers got involved with cocaine, and when caught by the police had little chance but to plead guilty. Expecting a 1st offender’s sentence of 6 months, he was instead sentenced to 7 years imprisonment with a minimum of 5 years and sent to a maximum security prison housing 38 of the most dangerous inmates in Victoria, despite the fact that he was a low threat prisoner.
Andrew Fraser was a leading criminal solicitor with a successful national practice. In 1999 he was charged with being knowingly concerned with the importation of a commercial quantity of cocaine. Fraser pleaded guilty to a charge of possessing, trafficking a small quantity and to using cocaine over a period of time. 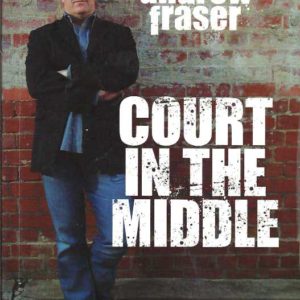 Court in the Middle : A True Story of Cocaine, Police, Corruption and Prison