The true story of Robert Trimbole, Mr Asia and the disappearance of Donald Mackay.

Walkley Award–winning journalist Keith Moor learned the truth about Mackay’s disappearance from those involved, recording candid interviews in the late 1980s with the hit man, his contact and the infamous supergrass Gianfranco Tizzoni, as well as a top cop. His classic account now includes excerpts from the unpublished memoir of Mackay’s widow and a dossier on the involvement of controversial federal minister Al Grassby.

Moor asks why ‘Aussie Bob’ Trimbole was allowed to flee the country and was never brought back to face his crimes. He also questions how Trimbole’s Griffith Mafia bosses – Australia’s true Godfathers – are today able to maintain their links with the global drug trade as they continue to enjoy the view from their grass castles.

‘Keith Moor did what no-one else could. He tracked down Australia’s supergrass Gianfranco Tizzoni as part of his decade long investigation into the murder of Donald Mackay and the secret organisation behind that cold blooded assassination. He exposed the police who didn’t try and won the confidence of those who did.’ John Silvester, Underbelly: A Tale of Two Cities. 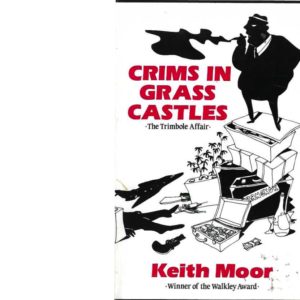