Roger Rogerson: From Decorated Policeman to Convicted Criminal – The Inside Story

The verdict is guilty.

On 20 May 2014, former New South Wales police officers Roger Rogerson and Glen McNamara murdered student Jamie Gao in cold blood. Both have been found guilty of murder and possession of 2.78 kilograms of methamphetamine, and sentenced to life imprisonment.

But this wasn’t Rogerson’s first trial or conviction. Once one of the most highly decorated police officers in New South Wales, he was dismissed from the police force in 1986, and jailed twice.

That was just the tip of the iceberg.

This is the eye-opening account of Rogerson’s life of crime – policing it and committing it – and reveals the full story of one of the most corrupt and evil men in Australia, and the events that led inexorably to the chilling murder of Jamie Gao in storage unit 803. pp. xiv, 328 illusts #1219 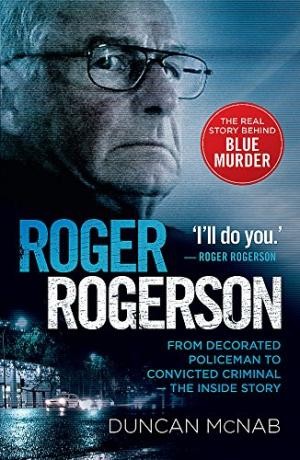 Roger Rogerson: From Decorated Policeman to Convicted Criminal – The Inside Story