THE RETURN OF ASTERIX, THE WORLD’S FIRST SUPERHERO: The relaunch of the re-inked, re-coloured and re-designed Asterix series, now published in the correct order for the first time.

Gaul was divided into three parts. No, four parts – for one small village of indomitable Gauls still held out against the Roman invaders.

The Romans have invaded Britain, but one village still holds out. Asterix and Obelix come to help, with a barrel of magic potion in hand. But to deliver the precious brew, the Gaulish heroes must face fog, rain, bad food, warm beer, and the Roman, too.

Industry Reviews
A great comic series proving that children’s literature isn’t limited to prose. * Time Out *
It may be more than 50 years old, but it’s still very funny * #0521 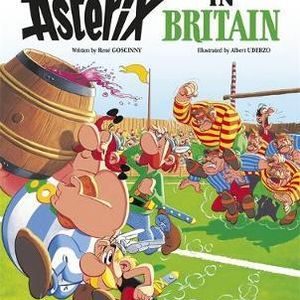