Ancestral Modern explores the extraordinary transformation in Australian Aboriginal art that began in the 1970s. Instead of making art primarily for each other-whether painted or inscribed on rock walls, on the ground, on bark, or on bodies as part of ceremonies-artists began rephrasing their practices to inform outsiders about the complexities of their cultures and the remarkable lands that Aboriginal communities have managed for centuries. Many of the paintings in Ancestral Modern initially appear abstract but communicate surprisingly specific observations about places and people, flora and fauna, and Aboriginal history. In three wide-ranging essays and illuminating discussions of fifty individual works, the authors consider how deceptively simple means yield richly multilayered meanings. What appears to be a geometric maze turns into the path of ancestral beings establishing features of the landscape. Canvases resembling maps record memories of sacred ceremonies. Dazzling linear patterns conjure up leaves blown across a windswept desert, and herringbone hatching designates clan identities.
Along the way, this collection offers many new visions of Australia-peering underground to see yams grow, trekking over vast salt lakes, following the trail of a blue-tongued lizard, and encountering a lightning-spitting serpent in swirling water. Two Australian and two American curators each contribute a distinct perspective on this collection of over one hundred artworks that span the Australian continent and the varying approaches to art pursued by diverse Aboriginal communities. Acrylic paintings from the desert, bark canvases from the north, and ochre-painted canvases from the west are joined by new uses of fiber, clay, and photography. Complementing the fully illustrated essays and catalogue entries are a visual glossary, which offers glimpses of the real-life creatures and landscapes that helped inspire the artworks, and a glossary of terms defining some of the essential concepts of Aboriginal culture. Ancestral Modern is dedicated to a vanguard effort by artists who are showing the world another way to experience not only their own country and worldviews but nature itself, wherever it is encountered. 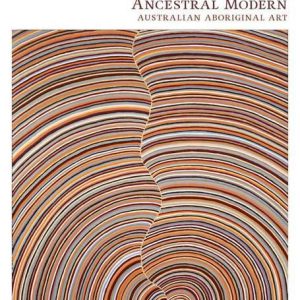