Hand in Hand: Jewish and Indigenous People Working Together

Dr Anne Sarzin and Lisa Miranda Sarzin wrote this book, an initiative of the NSW Jewish Board of Deputies and its Social Justice Committee, after intensive research and conducting 80 in-depth interviews with Jewish and Indigenous leaders, as well as with people working at a grassroots level. The book includes a chapter on historical connections, with reference to personalities and events significant in the area of human rights, such as William Cooper’s denunciation of Kristallnacht, Chief Justice James Spigelman’s participation in the Freedom Ride of 1965, and Ron Castan’s work in the area of native title. The book focuses on a broad range of joint initiatives, such as the Shalom Gamarada residential scholarships for Indigenous medical and health students at Shalom College at the University of New South Wales; the volunteer dental scheme, ‘Filling the Gap’, which supports the Wuchopperen Health Service in Cairns, Queensland; Mazon Australia’s breakfast program at Djarragun College, a school for Aboriginal and Torres Strait Islander children in Gordonvale, Queensland; and the Rona Tranby Award that enables Aboriginal Elders to record their oral histories and preserve their traditional wisdom for future generations. 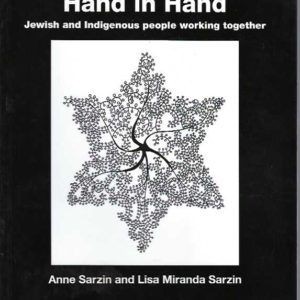 Hand in Hand: Jewish and Indigenous People Working Together