In this book I have attempted to give some account of the beautiful sailing ships which played so great a part in the development of the great British Dominions under the Southern Cross.

It is written specially for the officers and seamen of our Mercantile Marine, and I have endeavoured to avoid such a criticism as the following :—*’ Heaps about other ships, but my old barkey was one of the fastest and best known of them all and he dismisses her with a line or two.”

I have made rather a point of giving passage records, as they are an everlasting theme of interest when seamen get together and yarn about old ships. The memory is notoriously unreliable where sailing records are concerned, so I have been most careful to check these from logbooks and Captains’ reports. Even Lloyd’s I have found to be out by a day or two on occasions.

A great deal of my material has been gathered bit by

the old timers, who so kindly lent me abstract logs and

wrote me interesting letters, have now passed away.

The illustrations, I hope, will be appreciated, for these,

whether they are old lithographs or more modern photographs, are more and more difficult to unearth, and a time will soon come when they will be unprocurable.

Indeed, if there is any value in this book it is because it records and illustrates a period in our sea history, the memory of which is already fast fading into the misty realms of the past. To preserve this memory, before it becomes impossible, is one of the main objects, if not the main object, of my work.

PART I. THE EMIGRANT SHIPS.

Those splendid ships, each with her grace, her glory.

Her memory of old song or comrade’s story,

Still in my mind the image of life’s need.

” They built great ships and sailed them ” sounds most brave,

Whatever arts we have or fail to have ;

I touch my country’s mind, I come to grips

With half her purpose thinking of these ships.

That art untouched by softness, all that line Drawn ringing hard to stand the test of brine | That nobleness and grandeur, all that beauty Born of a manly life and bitter duty ; That splendour of fine bows which yet could stand The shock of rollers never checked by land. That art of masts, sail-crowded, fit to break. Yet stayed to strength, and back-stayed into rake. The life demanded by that art, the keen Eye-puckered, hard-case seamen, silent, lean. They are grander things than all the art of towns, Their tests are tempests, and the sea that drowns. They are my country’s line, her great art done By strong brains labouring on the thought unwon, They mark our passage as a race of men Earth will not see such ships as those again. 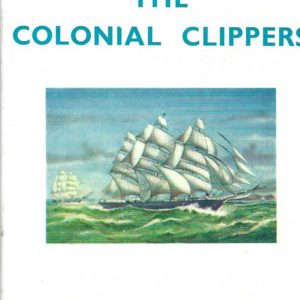