Daughter of the Territory

First Edition. Biography. Daughter of the Territory is the amazing life story of Jacqueline Hammar. Born in Darwin in 1929, Jacqueline’s childhood was spent in a succession of bush towns before she was sent to school in Darwin. With the outbreak of World War Two, she moved to Brisbane to finish her education.

Returning to her beloved Territory, Jacqueline met and married stockman Ken Hammar, and they moved to a vast property in one of the most inaccessible areas of Australia, transporting corrugated iron and cutting down trees to build a crude hut to live in.

With only a kerosene stove, scant possessions and a bed, Jacqueline lived a harsh and isolated existence. Her determination and courage helped her survive many hardships, including having to eat pigweed and sweet potato vines when food was scarce. Meanwhile, she supported Ken as he turned huge tracts of wilderness into a prosperous million-acre cattle station.

Daughter of the Territory is a testament to a life well lived. Reminiscent of AB Facey’s A Fortunate Life and Sara Henderson’s From Strength to Strength, Jacqueline’s life story is remarkable. xi, 452 pages, 16 unnumbered pages of plates : illustrations, 1 map, portraits ; 24 cm  #0217.820XD/110122 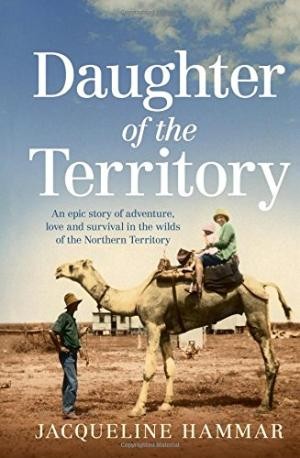 Daughter of the Territory