Trial of Ned Kelly, The

“On 29 October 1880, Ned Kelly was convicted of the murder of Constable Lonigan. The trial lasted a mere two days. All the forces of the Crown were marshalled against the ‘outlaw’ defended by an unknown barrister running his first–and last–Supreme Court case. 13 days later Kelly was hanged. Within one month, Justice Barry died, fulfilling Kelly’s prophecy from the dock, that ‘I will meet you there where I go.’ Did Kelly receive his just desserts [sic]? Or was he, as legend would have it, the victim of persecution? In pursuit of these questions, John Philips recreates Kelly’s trial, utilising all the primary sources available, and analyses the performances of all the leading actors”
xiii, 135 p., [8] p. of plates ; 22 cm. #0821 (Note: Ex-library copy with usual marks.) 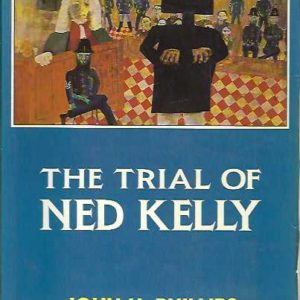 Trial of Ned Kelly, The