Sir Walter Logie Forbes Murdoch, KCMG (17 September 1874 – 30 July 1970) was a prominent Australian academic and essayist famous for his intelligence and wit. He was a founding professor of English and former Chancellor of the University of Western Australia (UWA) in Perth, Western Australia.

A member of the prominent Australian Murdoch family, he was the father of Catherine, later prominent as Dr Catherine King MBE (1904–2000), a radio broadcaster in Western Australia; the uncle of both Sir Keith, a journalist and newspaper executive, and Ivon, a soldier in the Australian Army; and the great uncle of international media proprietor Rupert Murdoch.

Murdoch University is named in Sir Walter’s honour; as is Murdoch, the suburb surrounding its main campus, located in Perth, Western Australia. 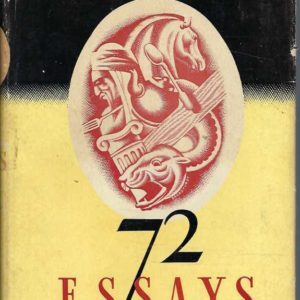