AS NEW. Dean Alston was born in South Perth, Western Australia in 1950, and grew up in Mount Pleasant. In 1967 he started a cadetship in cartography with Western Australia’s Lands and Surveys Department. In 1980, he bought into the Carine Glades Tavern, running it until 1984. That year, he married Lisa Prendiville with whom he had a daughter Geraldine (Deanie) in 1985 and a son David in 1988. The couple spent the next eighteen months in England, where Alston worked as a bus driver, drew graphics for British Gas, and produced a strip cartoon for a news and travel magazine. After returning to Western Australia in 1985, Alston was employed by The West Australian. He took over as cartoonist the following year. As of the December 2005, he has published nearly 10,000 cartoons, and won numerous awards, including a Walkley in 1991. #0121 ISBN 10: 0867780703 ISBN 13: 9780867780703 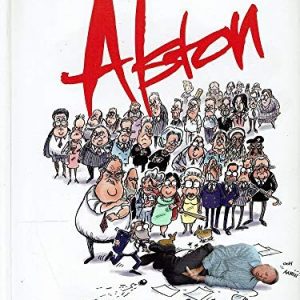