Juniper was born in the wheat-belt town of Merredin, Western Australia. He studied commercial art and industrial design at Beckenham School of Art, England. After returning to Western Australia he painted, taught and exhibited in Perth. He was particularly championed by Rose Skinner, a local exhibitor.[2] He was a long-term resident of Darlington and at different stages in its history involved with the Darlington Arts Festival.

Juniper taught art at Perth College and Hale School in the 1950s, and at Guildford Grammar School in the 1960s.[1] In the 1960s his excursions into the Australian outback with Ian Parkes was the inspiration for the subject matter a large part of his abstract style of art.

Juniper was given many solo and group exhibitions throughout Australia and overseas, including a major retrospective in 1999 at the Art Gallery of Western Australia, Perth.

He was represented for many years by Gomboc Gallery. Right up until shortly before his death at the age of 83, he continued to paint regularly, with increasing ‘hands-on’ assistance from his wife[1] and remained both a highly productive artist and an inspiration and mentor to many other Australian artists.

Juniper was commissioned to work on a feature window in the restored Bunbury Catholic Cathedral. This work was completed in 2011.[3] 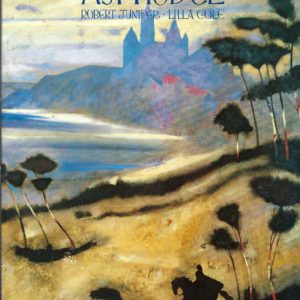