Ballad of Moondyne Joe, The

Moondyne Joe was colonial Australia’s ultimate escape artist. His daring and repeated breakouts drove the Governor to build him a special cell. And when Moondyne Joe escaped again, he drove the Governor mad. Moondyne Joe himself died a pauper in Fremantle Lunatic Asylum but not before he gained notoriety as a lawbreaker, the husband of a brothel madam, a bushman who befriended local Indigenous people, and as a folk hero who championed the underdog. Written by John Kinsella, one of Australia’s best known poets, and Niall Lucy, a caustic and irreverent social commentator, this book is an anarchic and playful examination of an elusive man and the harsh convict system he resisted.
265 p. : ill. (some col.), facsims., map, plates ; 23 cm.
Includes bibliographical references (p. 257-260) and index. #160222
Johns, Joseph Bolitho, 1826-1900. | Bushrangers — Western Australia — Biography. | Australian poetry — 21st century. | Australian 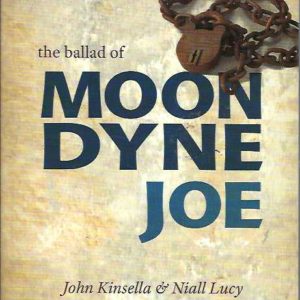 Ballad of Moondyne Joe, The