‘Dorothy Hewitt is working in the modern Romantic tradition … and her poetry gives a feeling of vitality and power under the control of a thoroughly absorbed craft.’ John Tranter. 415 p. ; 21 cm. #021021
Dorothy Hewett was born on May 21, 1923 in Perth, Australia. She was an Australian feminist poet, novelist, and playwright. She was brought up on a sheep farm in Western Australia. In 1944 Hewett began studying English at the University of Western Australia (UWA). It was here that she joined the Communist Party in 1946. Also during her time at UWA she won a major drama competition and a national poetry competition. Hewett published her first novel, Bobbin Up, in 1959. The novel is regarded as an example of social realism. In 1967 Hewett’s increasing disillusionment with Communist politics was evidenced by her collection Hidden Journey. In 1973 Hewett was awarded one of the first fellowships by the Australia Council. The organisation granted her several fellowships, and later awarded her a lifetime emeritus fellowship. During her life she wrote 15 plays, the most famous of which are: This Old Man Comes Rolling Home (1967), The Chapel Perilous (1972), and The Golden Oldies (1981). Several plays, such as The Man From Mukinupin (1979), were written in collaboration with Australian composer Jim Cotter. In 1975, she published a controversial collection of poems, Rapunzel in Suburbia. Virago Press. Published the first volume of her autobiography, Wild Card, in 1990. The book dealt with her lifelong quest for sexual freedom and the negative responses she received. Two years later she published her second novel, The Toucher. In 1990 a painting of Hewett by artist Geoffrey Proud won the Archibald Prize, Australia’s most prominent portrait prize. Dorothy Hewett passed away on August 25, 2002. 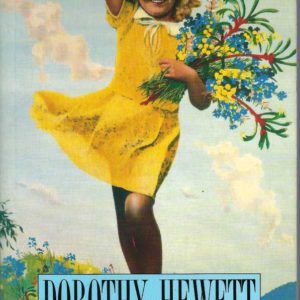