First Edition. Batavia, Zeewyk, Vergulde Draeck and shipwrecks all around the world. Illustrated. pp. 408 #0218RThe story of more than sixty years of diving adventures, through starkly contrasting locations and extraordinary advances in technology. From boyhood dreamer to master treasure hunter, Hugh Edwards documents his life through tales of shipwreck and salvage. the story of more than sixty years of diving adventures including his significant find of the Batavia, Hugh Edwards documents his life through tales of shipwreck, treasure hunting and salvage. Brought up on tales of pirates and great treasure hunters, Hugh Edwards never expected to handle pieces of eight himself. But one exciting day off the West Australian coast, that is exactly what happened, when he and his team located treasure lost from the Dutch East Indiaman shipwreck the Vergulde Draeck. It was a moment of astonishment and euphoria, as there in his hand lay a piece of silver with the inscription: PHILIPPUS IIII . REX HISPANIA . DG – Philip IV, King of Spain, Dei Gratia (by the Grace of God). the date on the coin was 1654. Nearly fifty years later Hugh Edwards has explored shipwrecks around the world – in the Mediterranean, the Falklands, Cambodia – wherever there is treasure to be found. He has been recognised as primary finder of the 1629 wreck of the Batavia and the 1727 wreck the Zeewyk. He has worked with some of the world s craziest, daring and most successful divers in some of the most beautiful or stormy places on Earth. this is the story of a lifetime of adventure – of dangerous seas, thrilling underwater locations, of pirate diplomacy and empire building, and of modern derring-do. Ever since there have been ships and sailors there have been shipwrecks. Each is different, and each is a time capsule, arrested at a particular moment – and they all came to the same unexpected and unscheduled end. Hugh Edwards. #131221R 408 p., [16] p. of plates : ill. (some col.), ports. (some col.) ; 24 cm. 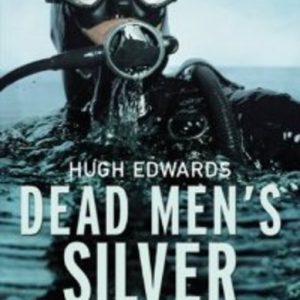