History of the Law in Western Australia and Its Development from 1829 to 1979, A

Chapter 30, entitled “The Aboriginal inhabitants and the law” (p.313-328), examines WA legislation as it affected Aborigines and compares European and Aboriginal rights before the law. #0821
Written in 1950 by the late Enid Russell, edited and completed in 1979 by F.M. Robinson and P.W. Nichols. 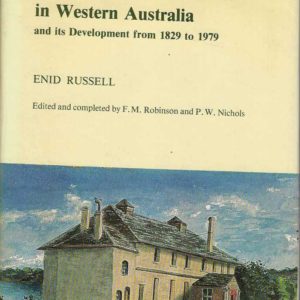 History of the Law in Western Australia and Its Development from 1829 to 1979, A