Teach Yourself Wangkatja: An Introduction to the Western Desert Language (Cundeelee District).

Based on notes and tape recordings by Brian & Dawn Hadfield.

The Western Desert language, or Wati, is a dialect cluster of Australian Aboriginal languages in the Pama–Nyungan family.

The speakers of the various dialects of the Western Desert Language traditionally lived across much of the desert areas of Western Australia, South Australia and the Northern Territory. Most Western Desert people live in communities on or close to their traditional lands, although some now live in one of the towns fringing the desert area such as Kalgoorlie, Laverton, Alice Springs, Port Augusta, Meekatharra, Halls Creek and Fitzroy Crossing.

The following is a partial list of Western Desert communities:

The Western Desert Language consists of a network of closely related dialects; the names of some of these have become quite well known (such as Pitjantjatjara) and are often referred to as “languages”.[5] As the whole group of dialects that constitutes the language does not have its own name it is usually referred to as the Western Desert Language. WDL speakers referring to the overall language use various terms including wangka (“language”) or wangka yuti (“clear speech”). For native speakers, the language is mutually intelligible across its entire range. 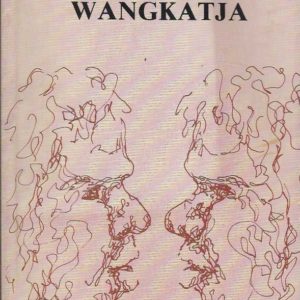 Teach Yourself Wangkatja: An Introduction to the Western Desert Language (Cundeelee District).