Home › Shop › AUSTRALIANA › With My Little Eye: The incredible true story of a family of spies in the suburbs

With My Little Eye: The incredible true story of a family of spies in the suburbs

AS NEW. The very funny true story of three children recruited by their parents to work for ASIO in the 1950s.

‘It reads like the very best of spy thrillers.’ – Matthew Condon

‘An intimate and compelling look at an ordinary family who happen to be ASIO agents.’ – Kristina Olsson

Growing up in the 1950s, the three Doherty children were trained by their parents to memorise car number plates, to spot unusual behaviour on the street and, most important of all, to avoid drawing attention to themselves.

The children became unwitting foot soldiers in Australia’s battle against Soviet infiltration in the Cold War. They attended political rallies, stood watch on houses owned by communist sympathisers, and insinuated themselves into the UFO Society. In 1956 the Doherty family went on a beach holiday with Vladimir and Evdokia Petrov, the famous Soviet defectors, who were hiding from Soviet assassins.

Dudley and Joan Doherty swore their children to secrecy, and for decades, they didn’t even discuss among themselves the work they did for ASIO.

With My Little Eye is a poignant and very funny account of a peculiar childhood in 1950s suburban Australia. pp. 227 illusts #0221 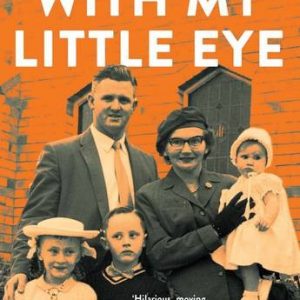 With My Little Eye: The incredible true story of a family of spies in the suburbs