Inspired by the famed flights of Kingford-Smith, Clouston learned to fly at the Marlborough Aero Club. He sold his business in 1930 and sailed for England. He applied for an RAF short service commission and in the meantime took a job with the Fairey Aviation Company.
After some blood pressure problems, Clouston was accepted by the RAF and began his initial flying training in early September 1930. In late October he moved to 3 FTS South Cerney. With his training completed, he joined 25 Squadron at Hawkinge on 7th April 1931.

Clouston was posted to 24 (Communications) Squadron at Northolt in early 1934, his commission ended in September 1935 when Clouston considered returning to New Zealand.

However the Air Ministry offered him an appointment as a civilian test pilot at the Royal Aircraft Establishment at Farnborough in October 1935 and he accepted.

Clouston made his mark in civil aviation in the years before the war in races and record-breaking long-distance flights. With Mrs. Betty Kirby-Green he broke three records on a London-Cape Town-London flight in November 1937 (below).
He was awarded the AFC (gazetted 1st January 1938) for his work at the RAE, testing the effects of barrage balloon cables on aircraft. Recalled to the RAF at the outbreak of war, Clouston was appointed to the Experimental Section at Farnborough to carry on with his testing work.

The aircraft at the RAE were unarmed and pilots took cover when the air raid sirens sounded. This irked Clouston, never more so than when his brother, Falcon, was killed over Dunkirk*. Shortly after his death Clouston chased a He111, intending to chew into it with his propeller. The enemy aircraft escaped into cloud and although he flew above and below the cloud as far as the coast Clouston lost him. His CO was angry and Clouston was grounded, although a few weeks later an order came through for RAE aircraft to be armed and the first pilots to reach aircraft after the warning sounded were to patrol the airfield.

Clouston was generally one of the first off. Tiring of uneventful patrols, when the next siren went he took off, circled the airfield and headed for Guildford where he could see shell-bursts in the sky. Some He111’s, with a Me110 escort, were returning from a raid on London. A Me110 dived, pulled out at low level and headed for the coast. Clouston gave chase and had almost caught up when a He111 flew across his path.

A long burst from Clouston sent it crashing into a field. He resumed his pursuit of the Me110, silenced the rear gunner and set the starboard engine on fire. More bursts exhausted Clouston’s ammunition and he veered away to let a Hurricane finish the job but he too must have been out of ammunition and the Me110 limped away across the Channel. Clouston returned to Farnborough and did two victory rolls. Again he was grounded by an irate CO.

From 18th October 1940 Clouston was attached, at his own request, to 219 Squadron at Redhill, flying Beaufighters at night but without success.

He returned to Farnborough on 17th November and in early December he was posted to the Directorate of Armament Development, to work on airborne searchlight equipment. On 12th May 1941 he was given command of 1422 Flight at Heston to test the Helmore 40 KW Light. For this work he was awarded a Bar to the AFC (gazetted 1st January 1942).

In late 1942 Clouston began pressing for a transfer to an operational squadron. He was given command of 224 Squadron at Beaulieu on 19th March 1943. Equipped with Liberators, the Squadron performed anti-submarine duties and for his part in their operations Clouston was awarded the DFC (gazetted 1st October 1943).

With his tour completed, he was posted in late February 1944 to RAF Langham to command and was awarded the DSO (gazetted 14th April 1944). He received a Mention in Despatches (gazetted 14th June 1945).

Granted a permanent commission in September 1945, Clouston was seconded for two years to the RNZAF in July 1947. He returned to the UK in 1949 and went for a Senior War Course at The Royal Naval College Greenwich.

In July 1950 Clouston was appointed Commandant of the Empire Test Pilots School.

He retired from the RAF on 7th April 1960 as an Air Commodore CB and went to live in Cornwall. 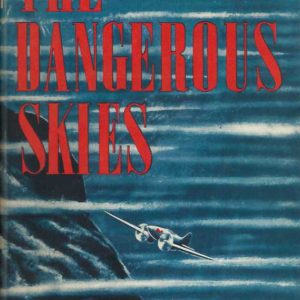