Home › Shop › BOATS & MARITIME SHIPWRECKS YACHTING Model Boats › Bounty, The : The True Story of the Mutiny on the Bounty

Bounty, The : The True Story of the Mutiny on the Bounty

The best-known sea story of all time is brought to vivid life in an immaculate and rigorously researched history by the best-selling author of The Endurance. This is the first ever history of the mutiny aboard HMS Bounty.

Of all the sea tales told down the ages, none has held its mystique so long as the mutiny on board HM Bounty. The enmity of the young, headstrong Master’s Mate Fletcher Christian for his captain, William Bligh, still remains mystifying. Christian’s rash and uncharacteristic usurpation of power on an April morning two hundred years ago, made him a fugitive for the rest of his life. pp. 491 illusts First Edition #1219 (Pages lightly age tanned.)

Dragged along with him, willingly or not, were ten men who were eventually brought to justice and forced to stand trial in England for Christian’s deed. Caroline Alexander’s stunning new book is the first general non-fiction account. Told through the trial of the ten mutineers, Alexander uses the language of the mutineers – rough, salty and piratical – to bring them alive in the text. As each man conjures the events, the reader is transported back to the South Pacific, to the creaking deck of the Bounty and to Tahiti.

A central strand of the story is Bligh’s extraordinary 3,000 mile voyage in a long-boat, where his discipline and self-will ensure that the entire crew (the men who remained loyal to him) survives with only starvation rations.The mutineers meant them to die a slow, terrible death in Pacific waters. Fletcher Christian’s fate, the capture of the mutineers, their harsh voyage back to England and what awaits them there – are all given fresh interpretation. The book breaks down the myth surrounding Fletcher Christian, while Captain Bligh is reinstated as a hero.

As the story unfolds, a unique picture of London and Plymouth in the turbulent years between 1789 and 1793 comes to light. The popular press, so vital in telling the story of the mutiny to the nation, is in its infancy, revolution is in the air, and poets give words to national feeling. Alexander uses this vivid archive material to give her history the texture of a novel. 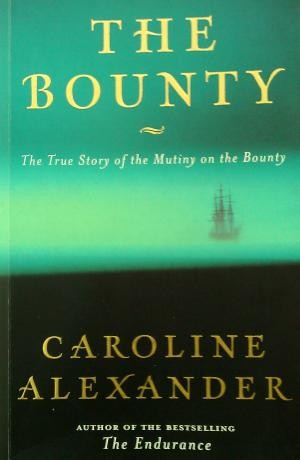 Bounty, The : The True Story of the Mutiny on the Bounty