There was a time when the only way to travel between the major cities located around the coast of Australia was by ship. Up to the end of the nineteenth century, these ships were primarily intended to transport cargo. With Federation in 1901 came the development of a new type of coastal ship, intended to transport passengers in comfort, with cargo of secondary importance. During the first ten years of the twentieth century the size of coastal passenger vessels increased at a steady rate, along with improvements in their passenger accommodation. The twelve month period from September 1912 to September 1913 would see no less than six large new liners built for the major Australian coastal trades. Unfortunately, within a year of the last new liner entering service, World War One brought major changes to the coastal trade. Eventually all new liners, plus most of the older ones, were taken over for military duty in foreign waters, and the coastal trade virtually ground to a halt.Of the six large liners built just before the war, only two returned permanently to the Australian coastal trade. Things changed in 1929, when two large motorships were built. Larger and faster than any previous coastal liner, they completely outclassed the competition, and became extremely popular. In the mid-1930s, three more large liners joined the trade within eighteen months. From 1936 to 1939 Australians enjoyed the best coastal service ever, but then war raised its ugly presence again, and for a second time the ships found themselves taken over for military duty. By the time all the ships built in the ten years before the war were back in commercial service, the coastal trade was facing intensive competition from airlines, which were establishing new routes and providing cheaper fares as well as much quicker travel times.The coastal liners struggled through the 1950s, but it was becoming increasingly clear that the time when travellers sought a pleasant few days at sea were ending, and the airliner was the mode of transport for the future. In 1961, the last two coastal liners were sold to foreign owners, and the coastal trade as it had been known for many years came to an end. There would be a small revival in the mid-1960s, when the State Shipping Service introduced a service that circumnavigated Australia, which enjoyed a brief flush of success, but in July 1969 this service ended. 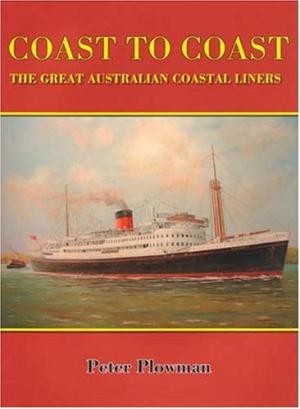