In October 1996 Photographer Richard Polden set off on an extraordinary adventure. Together with an international crew of men and women, he sailed from Fremantle, Western Australia bound for London aboard the magnificent Endeavor replica. Two hundred and twenty-six years before, Cook sailed a similar route, limping home with a sick crew and a battered ship. By contrast the Endeavor replica’s volyage to London was the start of her planned four year journey around the world. In dramatic detail, these photographs form the voyage capture the very essence of sailing on Endeavor. pp. 144 illusts #1220 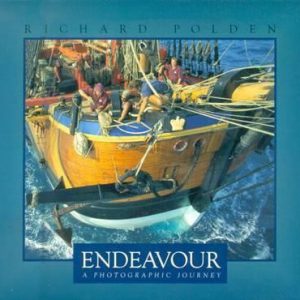