Thunderbirds Are Go is a 1966 British science-fiction puppet film based on Thunderbirds, a Supermarionation television series created by Gerry and Sylvia Anderson and produced by their company Century 21 Productions. Written by the Andersons and directed by David Lane, Thunderbirds Are Go concerns spacecraft Zero-X and its human mission to Mars. When Zero-X suffers a malfunction during re-entry, it is up to life-saving organisation International Rescue, supported by its technologically-advanced Thunderbird machines, to activate the trapped crew’s escape pod before the spacecraft hits the ground.

Thunderbirds Are Go is a computer-animated science fiction television programme produced by ITV Studios and Pukeko Pictures. It is a reboot of the Thunderbirds series created by Gerry and Sylvia Anderson which follows the exploits of International Rescue (IR) – a rescue organisation run by the Tracy family out of their secret island base in the Pacific Ocean. They use technologically-advanced craft for land, sea, air and space rescues in their operations, the most important of which are a set of vehicles called the Thunderbirds, piloted by the five Tracy brothers.

The programme premiered on 4 April 2015 and concluded on 22 February 2020, totalling 78 episodes across three series. It received positive feedback from critics and fans of the original series, and has spawned several branches of merchandising since its broadcast. 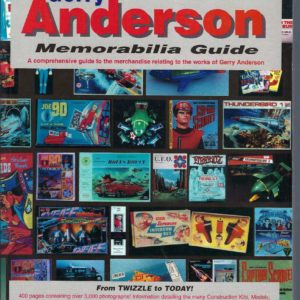