This volume provides a comprehensive view of the social transformation in early modern India between 1500 and 1750 by studying various Sufi movements. It covers a wide range of topics from Sufism and polity in the Afghan frontier to north Indian context and further to Deccan and the southernmost points of influence of the Mughals. Weaving together investigations of architecture with texts, migration of people, and the ethnographies and local histories, the author investigates community formation and inter-community contact. He reveals the tensions between mobility and locality through the ways Sufi Islam responded to demands of settlement by preserving the migrant bodies of blessed men and the shrines, texts and rituals that surrounded them. The book explores how Afghan, Mughal and
Hindustani Muslims constructed new homelands while remembering distant places of origin. Central to this process were migrant Sufis and the hagiographical texts and architectural territories through which they preserved memory over time and anchored it to new spaces of settlement. The book offers bold new insights into Indian, Islamic and comparative early modern history.

This book will be an important reading for scholars, researchers, and students of early modern Indian history, Islamic studies, and religion particularly those interested in Sufism.

How could settlement emerge in an early modern ‘world on the move’? How did the Sufis imprint their influence on the cultural memory of their communities? Weaving together investigations of architecture, ethnography, local history, and migration, Making Space offers bold new insights into Indian, Islamic, and comparative early modern history. Nile Green explores the tensions between mobility and locality through the ways in which Sufi Islam responded to the cultural demands of moving and settling. Central to this process were the shrines, rituals, and narratives of the saints. Tracing how different Muslim communities located their sense of belonging, this book shows how Afghan, Mughal, and Hindustani Muslims constructed new homelands while remembering different places of origin. pp. xvii + 339 Illus. #1220 ISBN 10: 0198077963 ISBN 13: 9780198077961 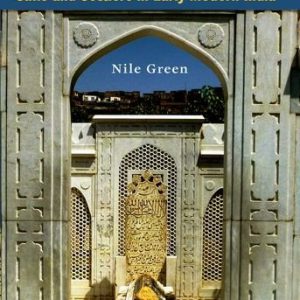