For many people throughout the English-speaking world and beyond, Winston Churchill was the greatest statesman of the twentieth century: the saviour of his country and a staunch defender of democracy in the face of totalitarianism. By writing history, as well as by making it, Churchill influenced our whole view of the twentieth century and his role in it. But how does he look now, in a new century, with a different agenda and when few can remember him? This book confronts and addresses this question; partly by including the reminiscences and recollections of four people who still vividly remember Churchill (Tony Benn, Lord Carrington, Lord Deedes and Lady Soames); but primarily by bringing together a group of historians (David Cannadine, Roland Quinault, Paul Addison, Chris Wrigley, Stuart Ball, David Reynolds, John Charmley, David Carlton, John W. Young and Peter Hennessy), who explore the complexities and ambiguities of this extraordinary man. pp. viii, 250 #160216 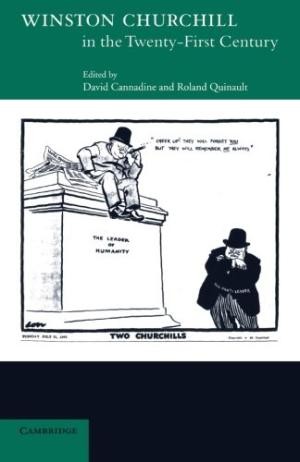