The works selected in this Biennale were characterised by efficacy and unpreciousness. They were unforced artistic statements, incidentally profound observations on the nature of life as lived every day. Their impetus, derived from what is ordinary, was not unlike that which led 19th century French artists to their realist and subsequently impressionist positions. It was more human than spiritual, more empiricist than idealistic, more philosophical than ideological.

Although this Biennale sprung from a Western context, there was significant correspondence with a wide range of cultural traditions increasingly being acknowledged through a new internationalism. The curatorial approach was to attempt an understanding of the relativism of the every day, the differences between what is familiar, common or ordinary within the diversity of cultures represented. The aim was to communicate the nature of the every day and to be culturally specific, declaring differences without resorting to exoticism particularly in the presentation of non-Western art. 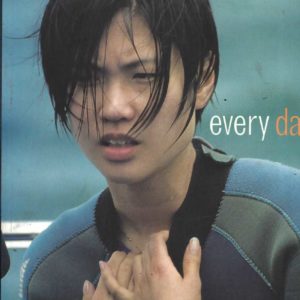