In the summer of 1947-48 Australia’s first Antarctic exploration since the Mawson voyages of 1929-31 was undertaken in a small, old, decrepit wooden ship. This was HMAS Wyatt Earp which had been reconditioned by the Royal Australian Navy for the journey, as a result of the Australian government’s initiative to consolidate its claim to Antarctic territory. The voyage was fraught with obstacles and hazards of all kinds, including a breakdown halfway to Antarctica, but, nevertheless, the expedition accomplished a running survey of the glaciated and little-known Balleny Islands, and called at Macquarie Island on the voyage back to Australia. 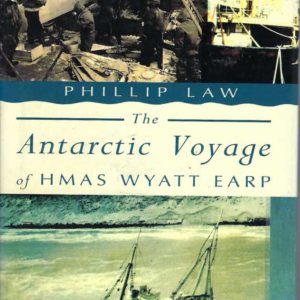