148p. ; 22cm. #0821 When the Governor of South Australia, Sir Henry Young, launched the first steamboat on the Murray River, he prophesied that steamers would never leave these waters. This was the beginning of an exhilarating era & from it were men like ‘Hookey’ Freeman, George Bain Johnston (‘The Murray River Spaniel’), ‘Captain Gus’ & ‘Bam Bootis’. Although the heyday of Australian riverboats was over by the 1920s, a rich folklore grew out of life along the great rivers.
Short stories in English. Australian writers. Special subjects: Australia. Riverboat services. Anthologies. | Short stories, Australian. | River boats — Australia. 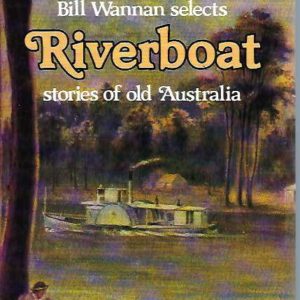