Signed by Author.  “Bannister writes in much the same fashion as he runs-with rippling smoothness, eye-catching grace, and spectacular effectiveness.” -The New York Times

“It is strange that the intrinsically simple and unimportant act of placing one foot after another for 1,760 yards, as fast as possible, should become such an important sporting achievement. I think the appeal lies in its simplicity-it needs no money, no equipment, no particular physique, no knowledge, no education-and in a world of increasingly complex technology, it stands out as a naive statement about the nature of man. A man can, with his own two feet, overcome severe difficulties to reach a pinnacle upon which he can declare, ‘No one has done this before.’ ” -Roger Bannister, from the Introduction

All sports have pivotal moments, single events that change perceptions forever after. For the sport of running, such a moment occurred on a blustery May afternoon in 1954, when Roger Bannister broke the four-minute mile. This is the story of that epic run.

Today, fifty years later, lovers of the sport–runners and non-runners alike–will be moved by this modest but impassioned story of one of sport’s true heroes. 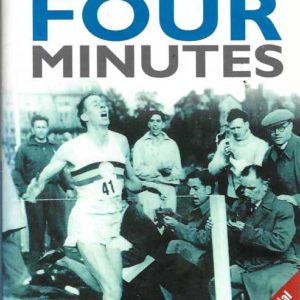