View cart “Onward Boy Soldiers: The Battle of Milne Bay, 1942” has been added to your cart.

Vice-Admiral Robert FitzRoy FRS (5 July 1805 – 30 April 1865) was an English officer of the Royal Navy and a scientist. He achieved lasting fame as the captain of HMS Beagle during Charles Darwin’s famous voyage, FitzRoy’s second expedition to Tierra del Fuego and the Southern Cone.

FitzRoy was a pioneering meteorologist who made accurate daily weather predictions, which he called by a new name of his own invention: “forecasts”. In 1854 he established what would later be called the Met Office, and created systems to get weather information to sailors and fishermen for their safety.[1] He was an able surveyor and hydrographer. As Governor of New Zealand, serving from 1843 to 1845, he tried to protect the Māori from illegal land sales claimed by British settlers. 307 p., [9] p. of plates : ill., 2 maps, ports., chart ; 23 cm. #0821 (prev. ownership name.) 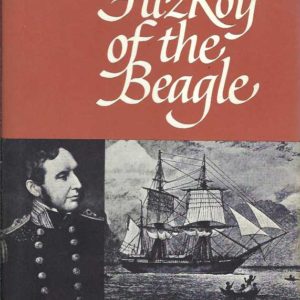