Geology of the Cook Islands

The geology of the 15 Cook Islands in the south-central Pacific is briefly described and their geological history outlined. All are the summit portions of extinct Tertiary volcanoes; six of the seven Northern Group islands are atolls, four of the Southern Group are makatea-type islands, and the others include a high mountainous volcanic island, a hilly near-atoll, an atoll, and a sand cay. Radiometric ages from Rarotonga are Late Pliocene, foraminifera from the makatea (raised coral reef) of Mangaia are Oligocene or Miocene, and much of the limestone underlying the atolls is probably middle Tertiary. 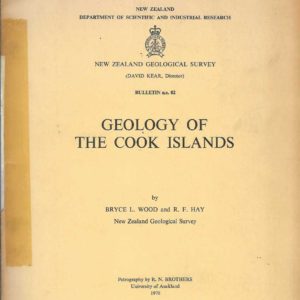 Geology of the Cook Islands