This collection of essays, broadcasts and speeches covers a range of topics including the welfare of children following divorce, the future of the Liberal Party, Princess Diana, death and dying, Helen Demidenko and Carmen Lawrence. Many of these pieces have been previously published in various journals and newspapers, including the ‘Sydney Morning Herald’, the ‘Australian’ and ‘Overland’. The author’s other publications include ‘The Things We Did Last Summer’ and ‘The Hewson Tapes’, and his screenwriting credits include ‘Newsfront’ and ‘Goodbye Paradise’. #0521 xvii, 401 p. ; 23 cm. Speeches, addresses, etc., Australian.  |  Australian essays — 20th century. 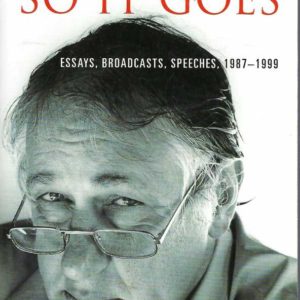